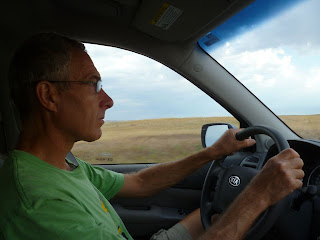 Radio has really kept Gail and I entertained, especially during the long days of driving. Things sure are different from previous long trips across country when I was limited to traditional radio, which is often hit or miss. Also, there's the frequent phenomena where you land on an exceptional station, only to lose the signal too soon and have it replaced with some evangelical program or faux country station. This happened yesterday as we were leaving the Badlands—I was really grooving on the musical offerings on KILI radio, the non-commercial voice of the Lakota people, broadcast from the Pine Ridge Reservation in South Dakota. They played some terrific traditional music, followed by some great country music, including a snarky song about the B.I.A. Sadly the signal faded much too soon, and instead, we were being asked to contribute to some Christian radio ministry. 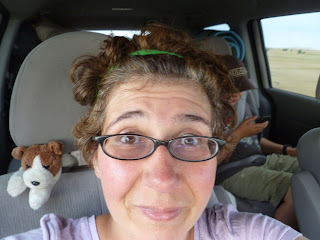 We have Sirius satellite radio in the van, and we've really appreciated this fine service, in spite of some  programming limitations. My favorite station throughout has been the BBC World Service, which has kept us entertained and informed with their excellent news and arts coverage (The Strand), as well as the call-in show World Have Your Say, not to mention their Olympics coverage. We haven't been able to see much of the summer games, but we appreciate the interviews and thoughtful analysis. 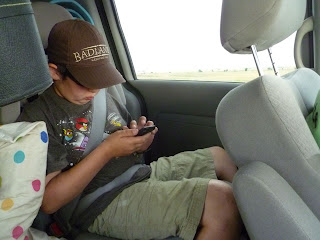 In the last few days we've been really getting into the Sirious Soul Town station, a fine mix of classic Motown and Soul. You can't go wrong with Barry White, Aretha Franklin, Stevie Wonder, The Spinners and The Temptations. Other stations that have kept toes tapping include Caliente and First Wave (mostly 80s techno pop and New Wave, think New Order, Pet Shop Boys, Duran Duran, The Cure, Elvis Costello, The Smiths, Kate Bush, Talking Heads, Pretenders and such). I'm so glad that we decided to continue our subscription, and I might hold onto Sirius because of the BBC alone.


* * * *
The cycling portion of our vacation is over now, and I really feel like I made the best of my opportunities, thanks to a very understanding family. On Monday evening during our very short Badlands visit, I went for a lovely 22 mile ride through the park with the setting sun as a backdrop. Someone told me not to bother cycling in the Badlands due to traffic, but they couldn't have been more wrong. Traffic was not at all an issue, and the temperature dropped down to the upper 70s, much better than 100+ and blazing sun. 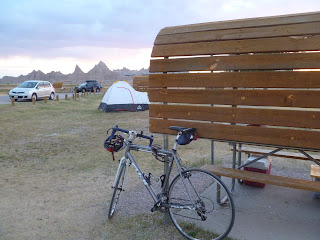 Last night I managed to get a 20 mile ride in around Albert Lea. There's a bike path that took me past farms, along railroad tracks, along a lake and under a highway. It was a scrappy little ride, but it sure as hell beat sitting around a buggy camp site. That brought me to a total of 620 miles and 51,000 vertical feet on the bike on this vacation, far more than I thought I'd be able to do. In just a few days I'll be back to the familiar Ithaca area hill climbs, but I'll be thinking about all of the memorable National Park rides for a long time to come.
Posted by Armin Heurich at 6:43 PM